“Not only life but even essential human traits are being challenged by the dramatic warmongering flanking manoeuvre triggered by the decadent oppressive powers. In order to react in these troubled times, it is worthwhile to start from the beginning. That is, from what is most concretely original and characterizing of our species.”

This is what the International Convention “Logics of good against wars” is proposing. It is organized by the Socialist Humanism Current and La Comune in collaboration with Socialismo Libertario (Spain) and Comuna Socialista (Argentina) in 5 days dedicated to dialoguing together about the primariness of the female gender, human subjectivity, consciousness, culture as well as moral and ethical aptitude. That is, those first anthropological roots which are the foundation of what we are. They are still alive but, over the centuries and all the more now, subject to dehumanizing attacks by the oppressive powers in order to deprave them of their meaning as a positive principle and starting point. Now is the time to deepen and share a vision of women and men based on the recognition of the best qualities to be liberated, of the limits to be accepted and of those to be overcome. The time to seek human pacification as a process of active and daily building, knowing that there will be no genuine peace under the domination of States, all born out of armies and bearers of concentrated violence. It is important to ask one’s self who one wants to be, not only and not so much “what to do,” and to seek and search as protagonists a lived theory towards emancipation together.

The convention – conceived and realized as a laboratory of ideas and life – will take place at the Casa della Cultura, not by chance, the mother house of socialist humanism: a free, independent and self-financed space freed from the heavy norms of patriarchy and a place of daily experimentation of the possibility and benefit of new living-well together among people under the banner of thinking about life and striving to defend and improve it together. It is a communal reality that is lived by and has welcomed many people for more than 20 years. The Casa della Cultura rises within a place (Casa al dono and the surrounding park within the beautiful Vallombrosa natural reserve) that had already hosted artistic passions in the past, a culture of humane welcoming and a sense of beauty: from an artistic coterie animated by Bernard Berenson in the 1940s to a center of hospitality for free thinkers fleeing Nazi-fascism.

The variety of content and the possibility for each participant to find his or her own path of interest characterize the rich programme of the convention, which is divided into mornings – devoted to the introduction of the general theme central to the whole day – and afternoons, which consist of several simultaneous circles of dialogue. In the evening, after dinner, round tables are held to which personalities and organized groups are invited with the aim of exchanging views and of verifying the possibility of forging unity of action alongside immigrant sisters and brothers and against wars. One can also attend the readings as well as the party on Saturday.

Throughout the duration of the convention, it will be possible to purchase books from the extensive and qualitative publishing offerings of the Prospettiva Edizione Bookstore, to visit the stands of the fortnightly La Comune newspaper, and to learn about the publications of  Socialismo Libertario (Spain) and of Comuna Socialista (Argentina).

After complex months and months which continue to challenge us, the International Convention “Logics of good against wars” finally represents an opportunity to meet closely, to get to know and recognize each other, to see each other again and relax, to respectfully explore the natural surroundings, to share reflections and moods, and to feel stronger and happier together. 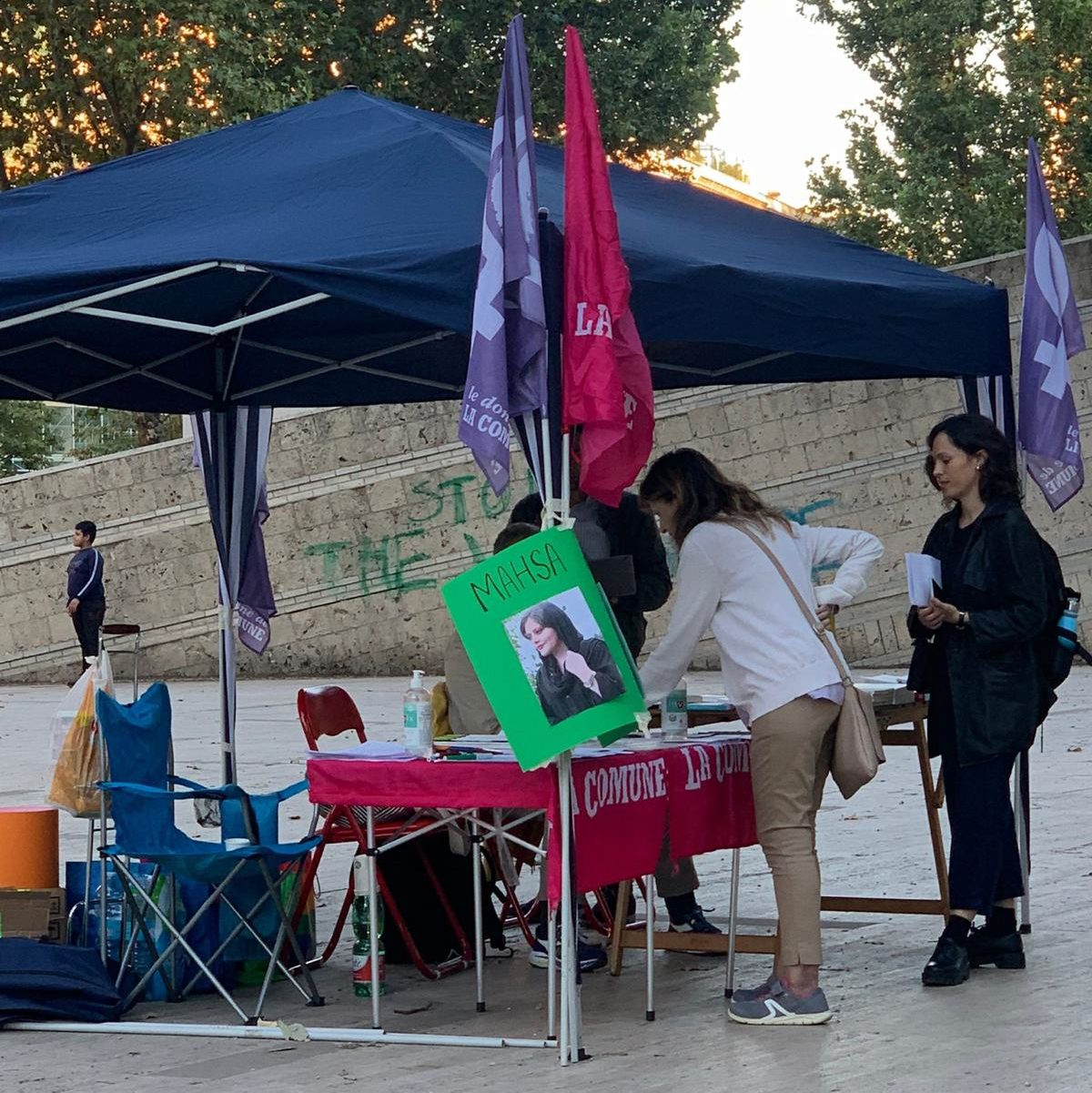 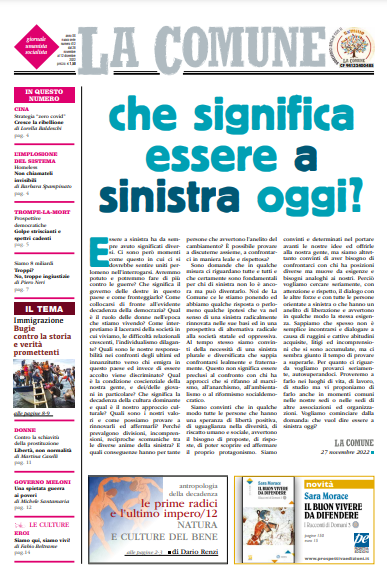